The Kzinti homeworld orbits the star 61 Ursae Majoris at a distance somewhat greater than that at which Earth orbits the sun. It is a larger world, with gravity 1.55 times that of Earth's. Its year is roughly one and a half times longer than Earth's, and its day is 27 hrs and 36 minutes long. The climate of this world is cooler and drier than Earth's, and since it has a definite axial tilt it also has seasons. It receives less light from it's star, which is redder than Sol; and is consequently dimmer. (More information on 61 Ursa Major)

The Kzinti refer to this world only as "Homeworld": it has no other name.

The Kzinti drive for conquest made them implacable foes. They built an empire over thousands of years which was so vast that it covered three times the area of Known Space. Many sentient species who desired peaceful contact and trade became Kzinti slaves and meat animals.

The Kzinti occupation on its conquered worlds was an exercise in extremes. On the one hand, Kzinti cared little about their subject races, and so tended to leave them to their own devices, provided they obeyed their laws; on the other hand, an expanding Kzinti population requires a vast amount of space, and the ongoing war effort demanded natural resources, so subject races tended to be pushed together as Kzinti lands grew.

If a crime committed by a member of a subject race was considered a capital or treasonous offence, the usual method of execution was usually a hunt, as Kzinti enjoy the challenge of hunting (and eating non-poisonous) sentients, and make no attempt to hide it. To be fair, they have always demanded the same of their own criminals, with the difference that cannibalism is taboo.

The Kzin's formidable warships plied the light years until they met the first fusion ramships of Earth, ending Earth's golden age of space exploration that had lasted over two centuries. The Kzinti ships used the gravity polarizer, which allowed their dreadnoughts short, sustained bursts of incredible speed. This made them infinitely more manoeuvrable than the early human fusion ramships and had the occasional effect of terrifying the overwhelmed human crews.

Earth had not known a war since the age of space exploration began, none of the ships carried armaments; as it had been assumed that first contact with an alien race would be friendly. There was no warfleet to protect the Centauri system from the single Kzinti Conqueror-class warship that took Wunderland for the Kzin Patriarchy.

In the early days of the war, the human crews created makeshift weapons, like the infamous "galactic grenade", which was nothing more than a barrel filled with ball bearings and fitted with a radio detonator. When the barrel reached an enemy warship, the detonator shot the bearings away with such force that they could penetrate a hull. Unfortunately, there were many simple ways to shield a ship from micrometeors that were also effective against the steel bearings, and the bearings sometimes found their way back to the Earth ships.

Despite their obvious superiority in technology, the Kzinti always attacked before they were properly prepared, impatient to sweep through systems for personal honor and the honor of the empire. The resistance from Earth should have been minimal and ineffective except that, historically speaking, humans are the most resourceful when they have nothing left to lose.

Early interstellar ramships employed fusion-powered photon drives. The ships were launched by photon sails and the laser cannon batteries on the asteroids. The cannons were fired into the sails, providing the ramships with initial motive power before their huge scoops could pick up enough interstellar hydrogen to begin the fusion process. When the Kzinti ships moved within range of the cannons, the human crews fired and tore the enemy apart.

The Kzinti campaign against the Solar System ended with terrible losses for the Kzinti. The Kzinti telepaths had accurately reported that Earth had no weapons, but the resourceful humans had found other means to combat the enemy.

However, the Kzinti still held the superiority in numbers, technology, and experience. The war was slowed by the unexpected resistance and the lightspeed barrier that prevented ships from quickly covering the distances between the worlds. The war lasted for decades and humanity would have lost eventually, had the Puppeteers not interfered. 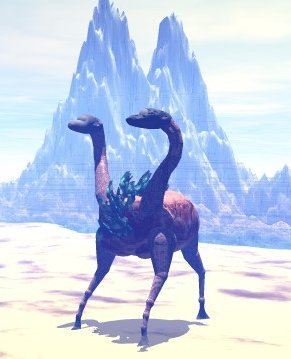 With their proverbial caution, the Puppeteers studied the Kzinti carefully for hundreds of years. The Kzinti were a dangerous race who would no doubt attempt to take the Puppeteer homeworld and make slaves of the inhabitants. Though there was no possibility for the relatively unsophisticated Kzinti to achieve such a goal, the Puppeteers were unwilling to give then the change. They created a plan to exterminate the entire Kzinti race and were ready to begin implementation when the first Man-Kzin war provided an alternate solution.

The solution first involved a great deal of debating over the threat of the Kzinti. Experimentalist factions said that the Kzinti might provide a useful buffer against possible attacks from other races, such as the Pak, or whoever constructed the Ringworld. Conservative factions within the Puppeteer government, argued that the race should be exterminated simply because they were too dangerous for a comfortable margin of Puppeteer safety. The Experimentalists were coming into power at the time of the debates and their arguments prevailed. The result of the decision was to conduct a selective breeding experiment that would produce Kzinti who would be more docile and to open to negotiations and politicking rather than open fighting.

The Kzinti ships were better armed and more manoeuvrable than the Earth fusion ramships, but the Puppeteers figured that giving the humans superior technology would undoubtedly kill the first generation of warriors from the Kzinti populace. The Puppeteers used a starseed lure to draw an Outsider ship into Human Space, where the mysterious race sold the mayor of the planet "We Made It" the secret of the Quantum I Hyperdrive shunt (on credit).

The effect was immediate. The Kzinti ships could never hope to outdistance or catch a hyperdrive-equipped vessel. The war instantly turned against them and they were pushed back, planet by planet. As predicted by the Puppeteers, the most fierce and dangerous Kzinti were killed, assuring their stock would not breed again.

Defeat was not an idea taken well by the Kzinti, and revenge had always been a strong motivator for their race. The Kzinti restaged their attack against the human-held planets in the Second Man-Kzin War. Of course, the humans had learned their hard lesson. General Products hulls and thrusters significantly improved the human defensive fleet. No. 2 hulls were often converted by their original use as survey ships to attack vessels, while the huge No. 3 hulls were made into battle cruisers equipped with reactionless thrusters, fusion drives, and the Quantum I Hyperdrive. The Kzinti ran straight into Earth's new warships and quickly collapsed. Several of the Kzinti hold-worlds were annexed and the slave populations released.

The Kzinti were not willing to let another defeat go unpunished. The attacked again and were repulsed more easily. They attacked a fourth time, lost, and finally gave up, the empire they had built over thousands of years drastically reduced.

In each attack over centuries, Kzin had lost two-thirds of its fighting population and was unable to recover its original fighting spirit. The population of the non-sentient females had been untouched by the ravages of the war and the Kzinti's numbers grew again, aggressive, but not dangerous enough for the Puppeteers to feel the race required extermination.

The Kzinti reluctantly opened diplomatic relations with other species.